Does anyone else love a good conspiracy theory?

Mr Boozle and I watched a documentary this week.
It was called "JFK- The Smoking Gun"
and I am here to tell you right now that
the bullet that killed JFK was accidentally fired
by a Secret Service Agent.
After watching it, I have absolutely no doubt at all.

Well, that is until I watch a documentary
-let's give it a working title of "If you think anyone apart from Oswald killed JFK,
you are a bloody idiot"-
and I will change my mind all over again.

I don't think that I am gullible person,
not more so that anyone else.
I am not stupid...
Well, not really stupid anyhow.

I wont believe you if you try to tell me that Pamela Anderson's boobs are real.

I have never believed in drop bears.

Don't try to convince me that low calorie ice-cream tastes as good as
that creamy, dreamy, full fat double choc chip Baileys butterscotch ice-cream with fudge topping that will begin to harden your arteries
as soon as you take the lid off the container.

But I am open to suggestions
and give me "evidence" and I am all yours.

I remember watching a documentary about the Apollo moon landing.
I finished watching, knowing that without a doubt that the whole thing was staged.
(Who could argue with the evidence of the inconsistent shadows, people?)

A documentary on the likely scientific truth behind the Bermuda Triangle
was extremely interesting- and somewhat of a relief
that it could be explained by science
rather than the supernatural.

Perusing webpages,
I even had a few seconds when I believed that the September 11th attacks
could certainly have been a cover-up of the actions of the US Government.

Of course, the merit of anything you read on the web is questionable.
It is a platform for any delusional, imaginative, obsessive, extremist or
childish personality to get an immediate and worldwide audience
and the associated gratification.

But regardless of how malleable/vulnerable/gullible I might be,
some of these theories are fascinating,
if not just entertaining.

Who hasn't wondered if Lady Di's death was orchestrated rather than accidental?

Where exactly is Elvis?

Is fluoride in our water an unwanted mass medication?

Could Pro Wrestling actually be real?

Are chemitrails really forcing us to buy more Maccas junk food through mind control
or just being used for population control?

Who knew what was built below Denver International Airport?
(And what is with the murals?)

Start surfing the net for conspiracy theories
and you find that there is no shortage of them.

But temper the entertaining and thought-provoking ideas
with the ridiculous and the offensive ones.

Some people honestly believe that the Holocaust did not happen,
that the Boston Marathon was a Government set up
or that the victims were actors,
that the Sandy Hook Elementary School shooting was a hoax,
that the Pentagon was hit by a Government missile in 9/11
that AIDs is the result of a man-made virus spread deliberately via vaccinations
to decrease the population of Africa.

Weird and educational and thought-provoking and funny is all OK
but sadly there can be, at the very least, unpleasant,
and, at worst, immoral and hurtful.

Luckily, most rational people can recognise the difference.

Something I came across listed as a "Conspiracy Theory"
but sounding a lot more like a Zaphod Beeblebox quote
from "The Hitchhiker's Guide to the Galaxy":

The only way we can defy gravity is to stop believing in it.
That is why birds can fly.
Birds don't believe in gravity.

I guess penguins believe in gravity then. 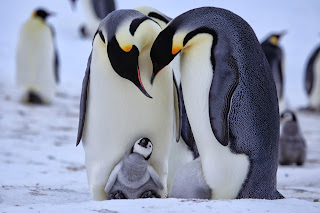 I have only just seen your blog for the first time and reading this post was so entertaining! I want to fly so I'm giving up on believing in gravity... I'll let you know how I go.